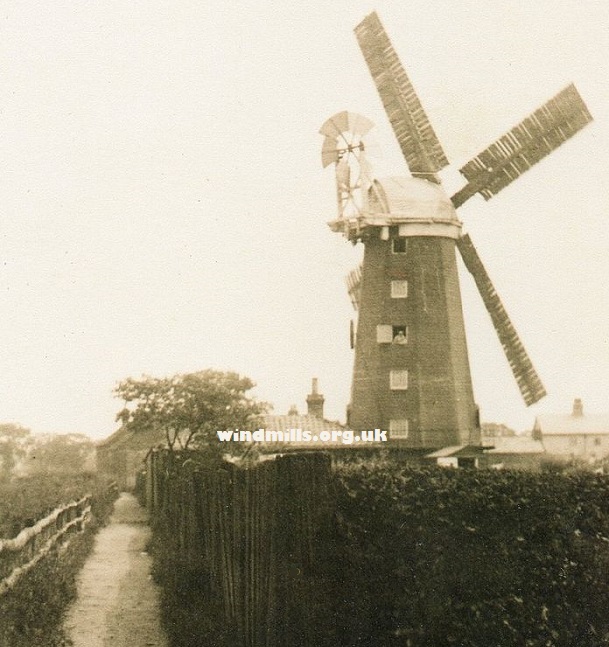 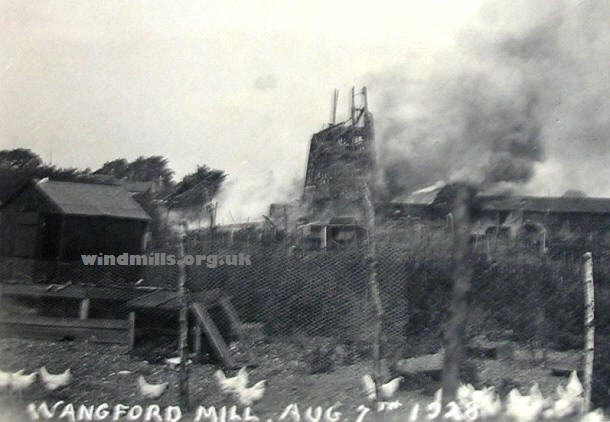 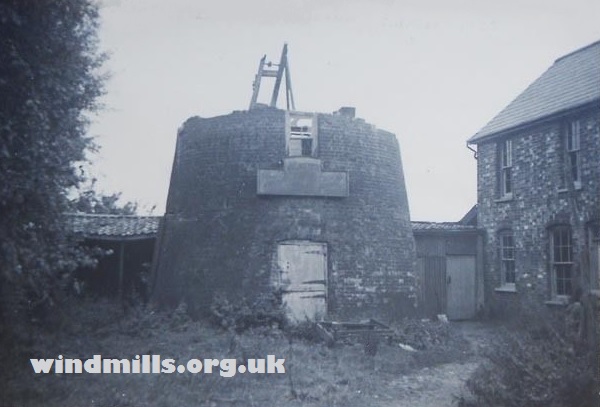 An old photograph of what remained of the mill in Little Stonham, Suffolk, in the mid 1930s. 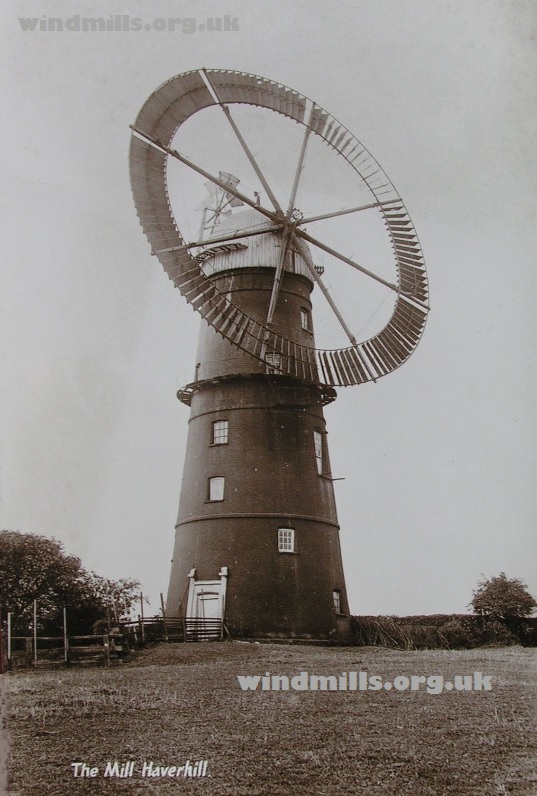 Ruffle’s Windmill in Haverhill was built in 1797 and converted to a eight-spoke circular sail in around 1861. Although this form of sail was used in France it is believed to be the only mill with a circular sail ever used in the British Isles. Unfortunately the mill was demolished during the Second World War as it was thought that it might be used as a landmark by enemy aircraft.