This week’s post takes us back to the late 1960s and early 1970s with the BBC children’s TV programme Camberwick Green. In this episode Windy Miller falls asleep after drinking a little too much cider!

In the TV series Windy Miller lives at Colley’s Mill, which is just outside Camberwick Green. Windy makes his own cider, and as a hobby appears to enjoy whittling wood. Windy is rather old-fashioned and superstitious – he believes in whistling for the wind, and touching a chimney sweep’s collar for luck. He is also something of a smallholder and keeps a cow for milk, and free range chickens for eggs. 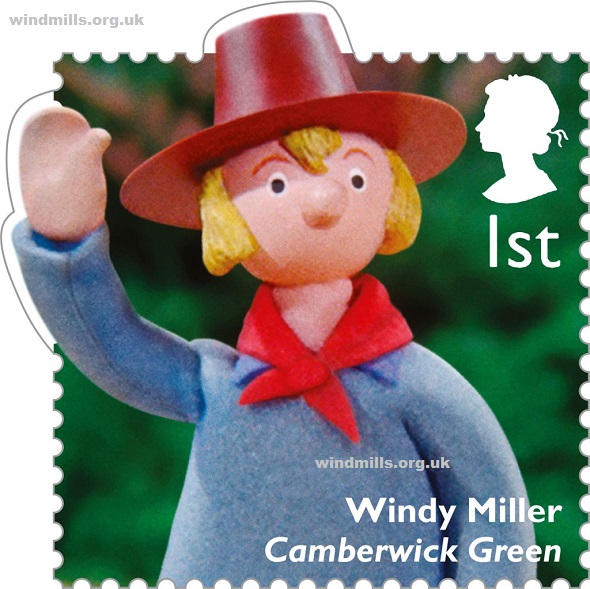 Windy Miller has his own song, which goes something like this:

Windy Miller, Windy Miller sharper than a thorn,
Like a mouse he’s spry and nimble when he grinds the corn.
Like a bird he’ll watch the wind and listen for the sound,
Which says he has the wind he needs to make the sails go round.