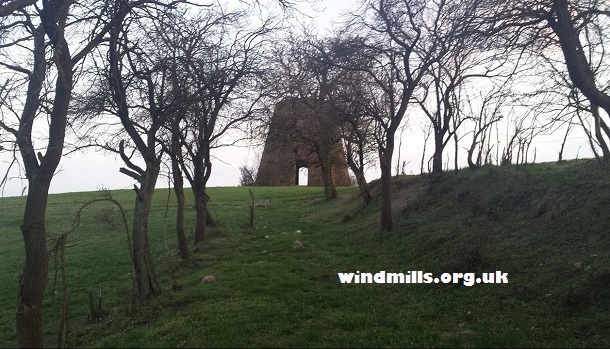 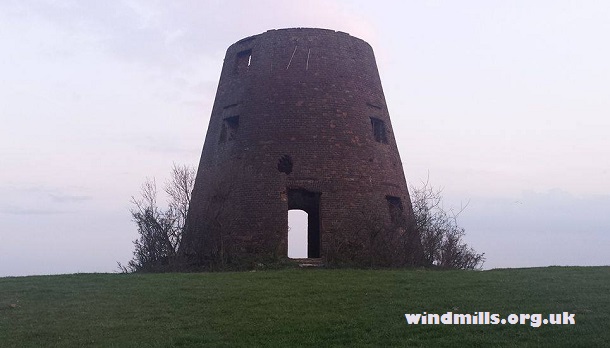 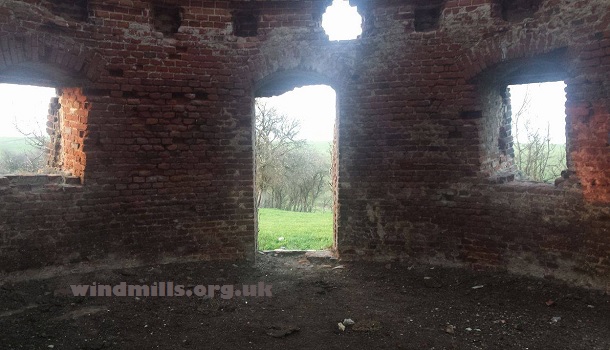 The beamed ceilings and floors, roof, interior workings, and sails of the windmill have long since disappeared and all that now remains is the brick-built tower, which stands at approximately nine metres high. During the communist period and after the interior walls were used by mountaineers in preparation for climbs in the Sudetan mountains and elsewhere. 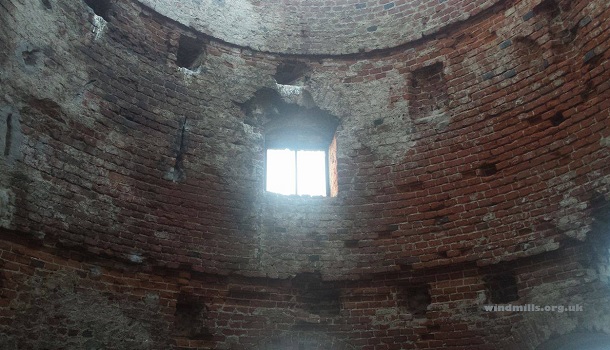 All photographs by and copyright of Simon Haines for windmills dot org dot uk. 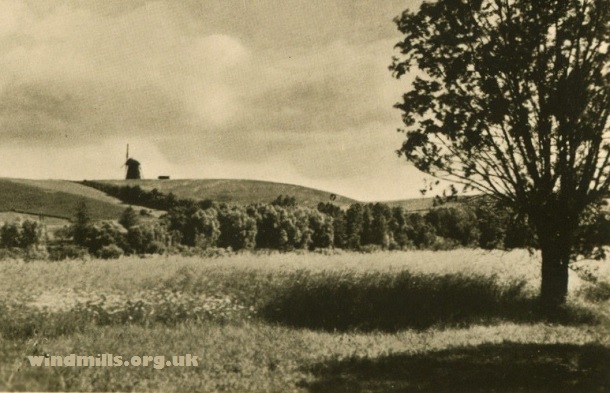