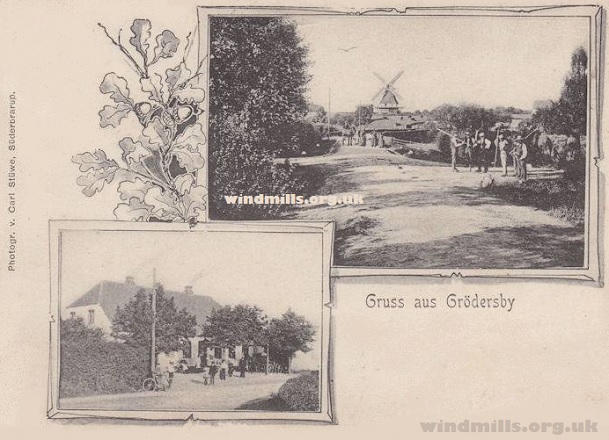 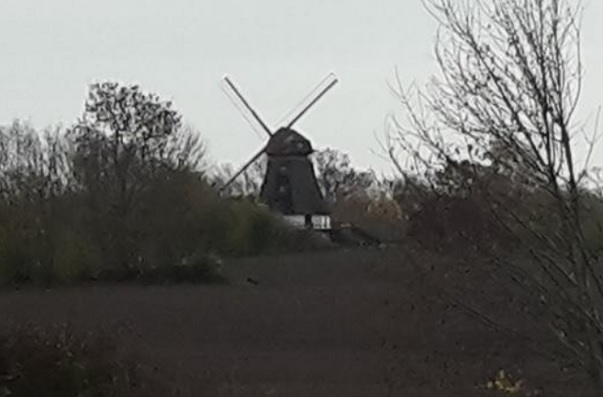 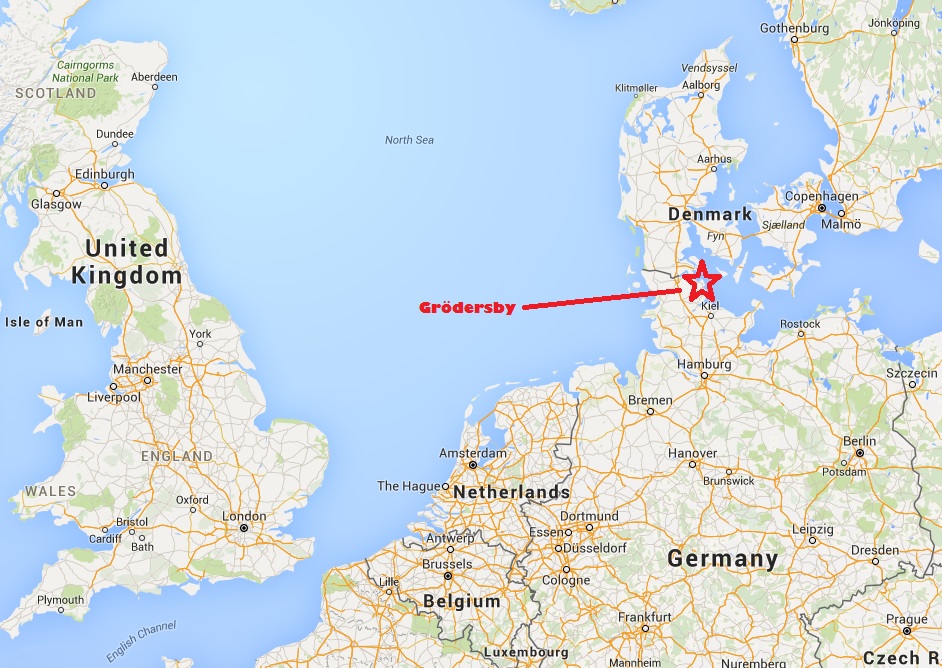 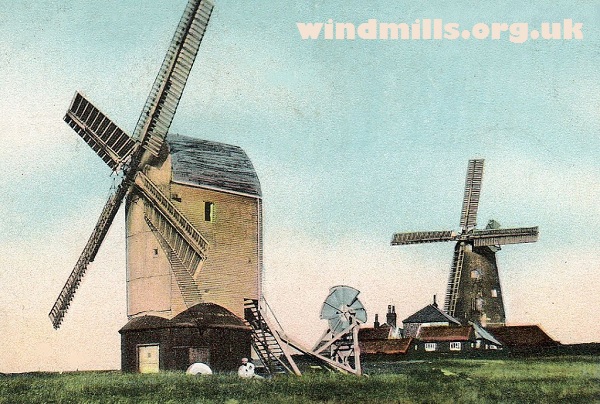 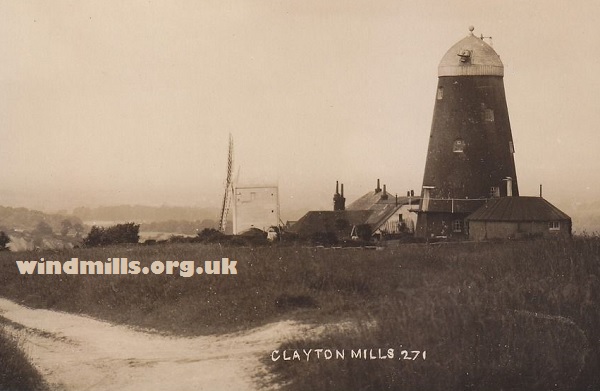 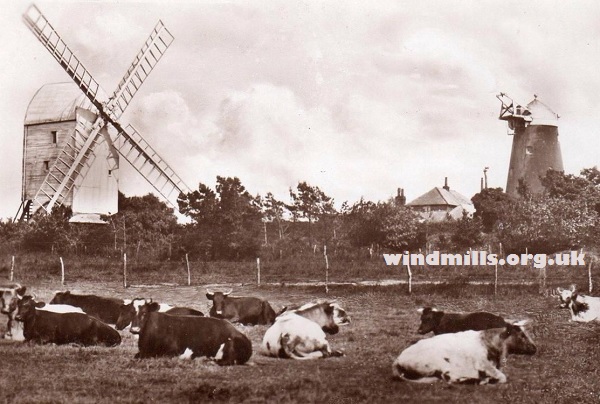 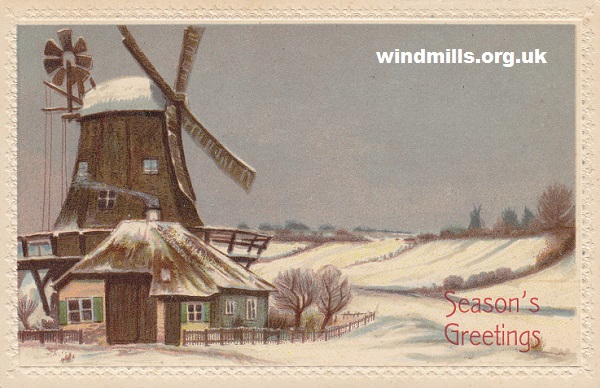 We wish all our visitors a very Merry Christmas and a Happy New Year! 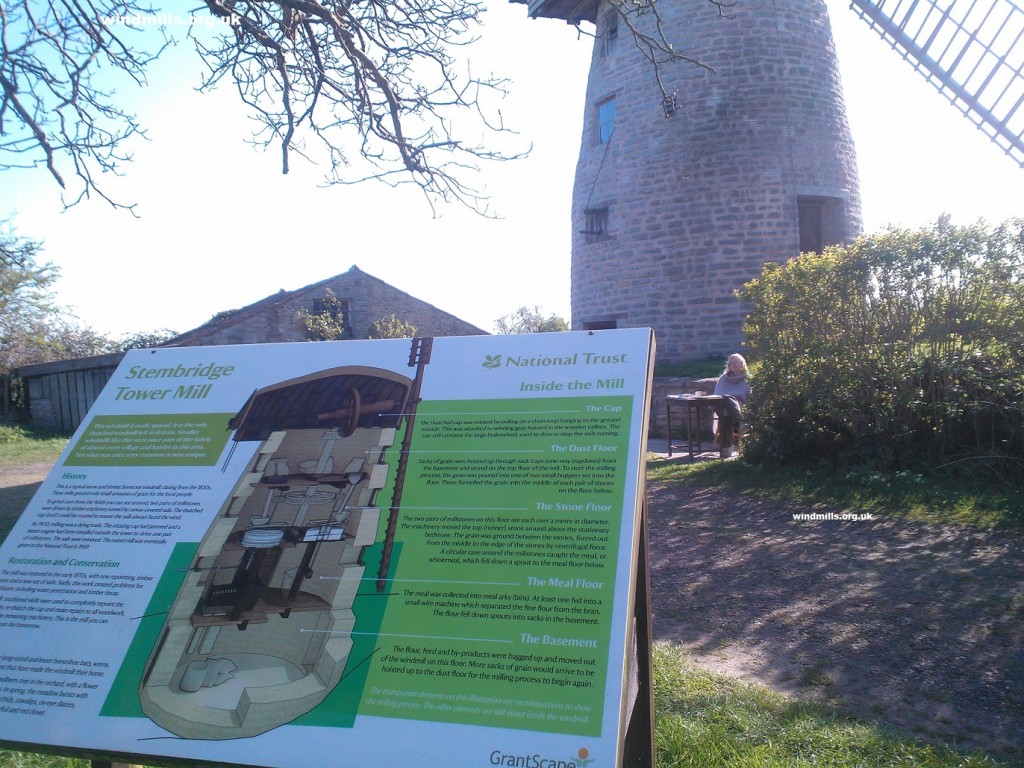 Just arrived in the mail from a friend in Vermont, USA -  a set of stamps featuring five different American windmills on stamps! These were issued by the U.S Postal Service in 1979.

Click the image to see the stamps in more detail.

Here’s a super pen and ink drawing of Stembridge Tower Mill, which since the late 1960s has been under the excellent care of the National Trust. The image may be printed off and coloured in. An activity suitable for children of all ages! More colouring pictures featuring windmills. 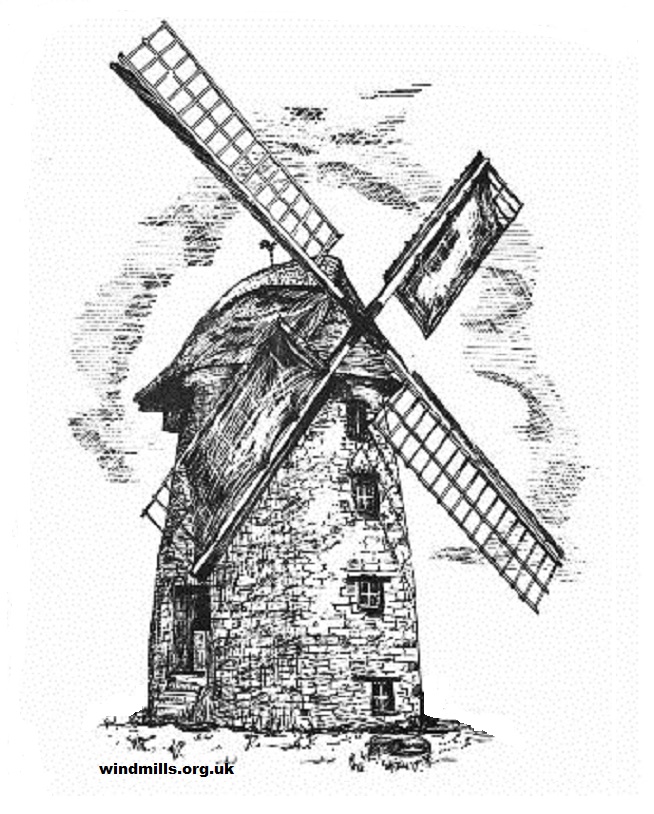 More on the High Ham Mill. 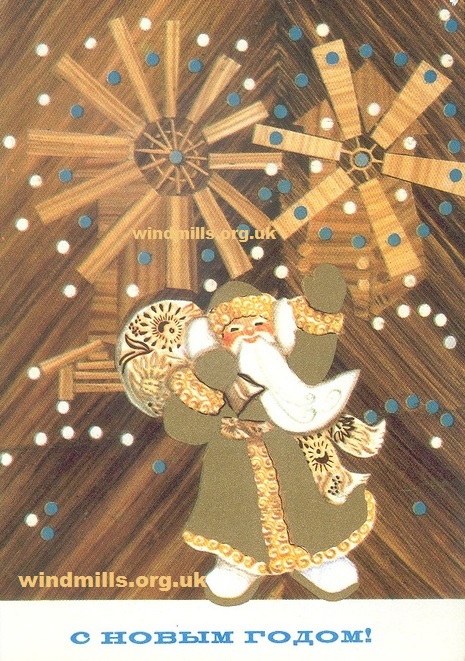 This month we are in Poland visiting windmills and researching material for a new book on windmills in central and eastern Europe. Here’s just one example of the super mills still to be found in this part of the world. 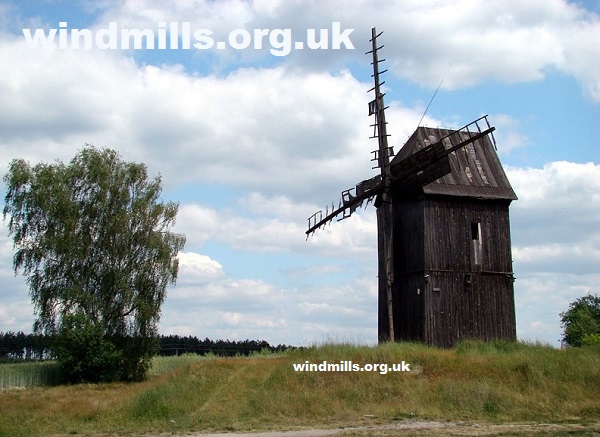 This mill originates from 1705, updated in 1879, and continued to work commercially until the 1930s.

This mill is ripe for restoration. Sadly it might otherwise fall down very soon! 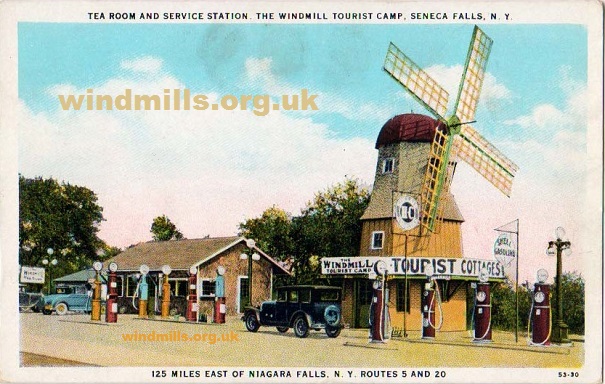 See more of our collection of windmills on United States postcards. 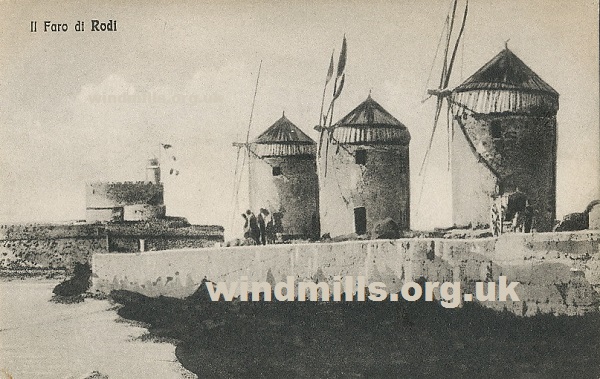 Three windmills which once ground the grains unloaded from merchant vessels in the harbour.

An old postcard of windmills on Rhodes, Greece, c.1910.