Meeten’s Mill as it is known locally is an eighteenth century eight-sided smock mill with a boat-shaped cap. It is thought to date to 1840 and using three pairs of millstones originally milled corn for local farmers. The mill was working until 1922, when it was stripped of machinery and converted into a house. It is located in the village of West Chiltington in West Sussex. England. 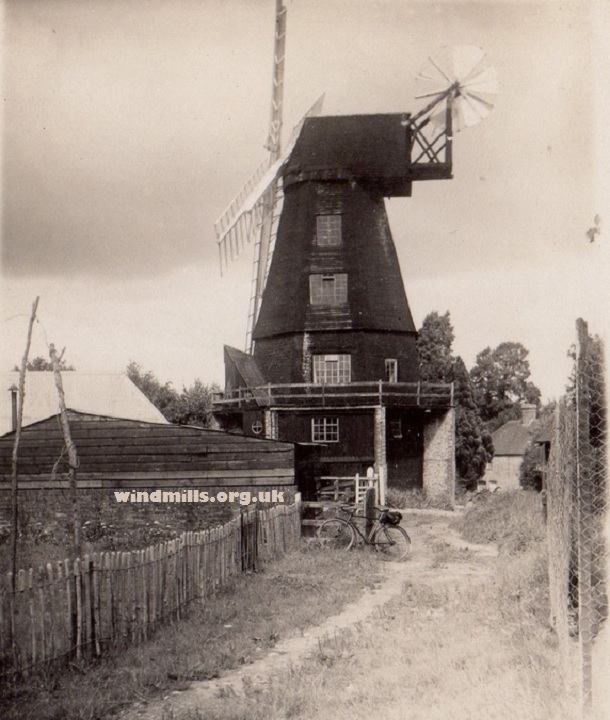 A photograph of the smock mill in Chiltington, near Horsham in Sussex, southeast England in the 1920s.